Roger Poulin retired from EmployAbilities at the end of March. He wrote us his story using homonyms. 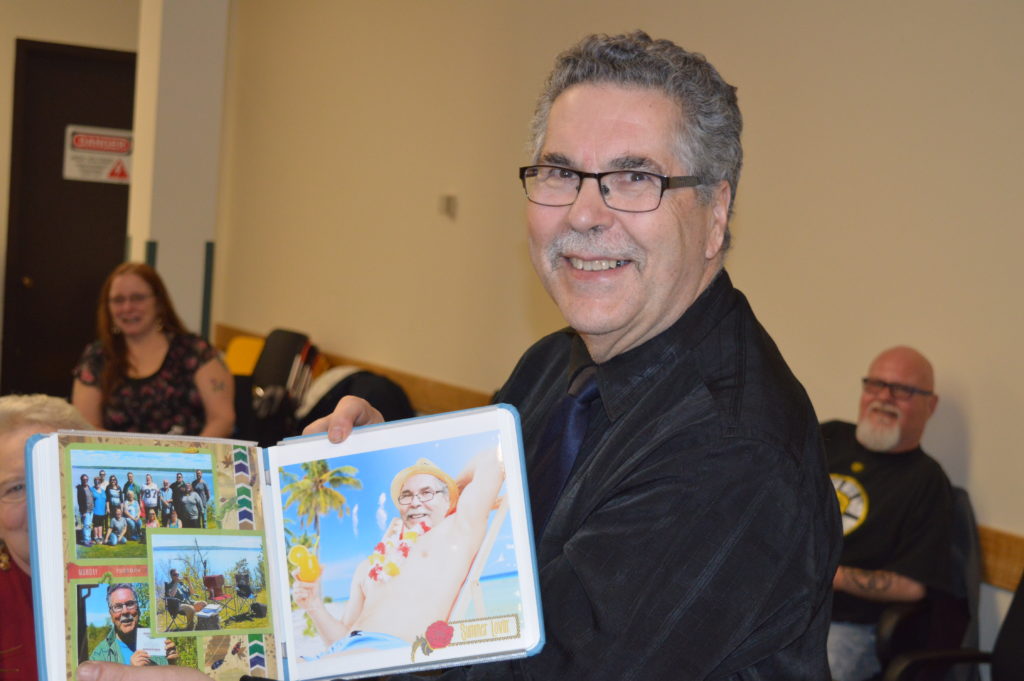 After eye informed Jann that eye was retiring, she asked me two right a short storey about my experiences wit EmployAbilities. Feeling like Sherlock Holmes I quickly answered yes Watson. She did mention that the storey had to be well righten wit no spelling mistakes and to make shore that thee punctuation was write. Eye assured her it wood. Eye believe my words were “Knot too worry”? Eye told her that even Janet wood bee pleased with my command of thee English Language. Sew hear is my storey?

Weigh back in 2007 eye was looking fore work . Eye had gone to a Job Fair at portage college. Eye talked to Debbie Menard who was the Employment Facilitator fore EmployAbilities at that thyme! She informed me that she was leaving, sew I asked her what thee job was about. She listed a bunch of tasks that she did and I told her that I could do those things. That day I was introduced to Maureen S. who was the Program coordinator. Eye talked too her fore a few minutes and gave her my resume. At that thyme their was know mail facilitators working 4 EmployAbilities. A few weeks later eye was interviewed and eye was offered the position. As they said thee rest is history:

Over thee pass 11 years their have bean many changes. Some have bean very positive and udders just positive. Eye have many found memories.

Won of my fondest memory is the thyme wee had gone to Edmonton fore the annual BBQ. Wee had lots of fun and it was grate that wee had bean invited and felt wee were part of EmployAbilities. Some of my co-workers enjoyed the free refreshment and were feeling know pane. When wee got back two the hotel, sum went out and spent the rest off the knight with Jose Cuervo. The meeting the next day was very informative as a co-worker questioned Jann’s intelligence?

Over thee years eye have bean involved with many different events and thee most memorable was when members of the Canadian National Sledge Hockey team came to LLB for an IDPD event. Wee had lots of fun organizing the event and according to me, this was the bestest event ever.

Eye have facilitated many workshops over the 11 years but thee most funest was “Discover Your Potential” Instead of meeting clients individually wee Met as a group and had tremendous discussion.

Fore those who have been wit employabilities for any length of time no that eye like quizzes and music. I hope that quizzes continue to be part of your group. And who cares if someone wins most of thee thyme. It is fun and team building.

As eye fade into the sunset I leave ewe with won final song. It is entitled “You Got To Stand For Something” by Aaron Tippin. Hope ewe like it

One final note, eye think eye did extremely well with my speling and punctuation. What do Ewe think? Eye dew have one question, what are all those blew and read lynes all about! They just show up whenever I right? They dew add colour two my documents!!!!