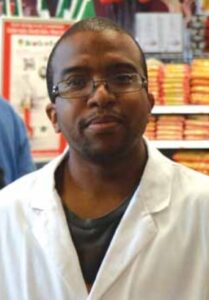 Michael is 33 years old with a documented learning disability and asthma. When Michael came to EmployAbilities he was looking for either a full-time or part-time position in the customer service industry since he had eight years of experience in this area. Michael had been looking for work for several weeks without any success and was becoming frustrated.

Michael continues to be successful in his new position. EmployAbilities has received several phone calls from Michael’s manager and supervisor commenting positively on his commitment to doing a great job and his strong work ethic. Michael has spoken with the Employment Coach several times since starting his new position, which he enjoys very much.

Learn how you can find employment coaching, job search skills and other employment training at the EmployAbilities Career and Employment Centre in Edmonton, Alberta.