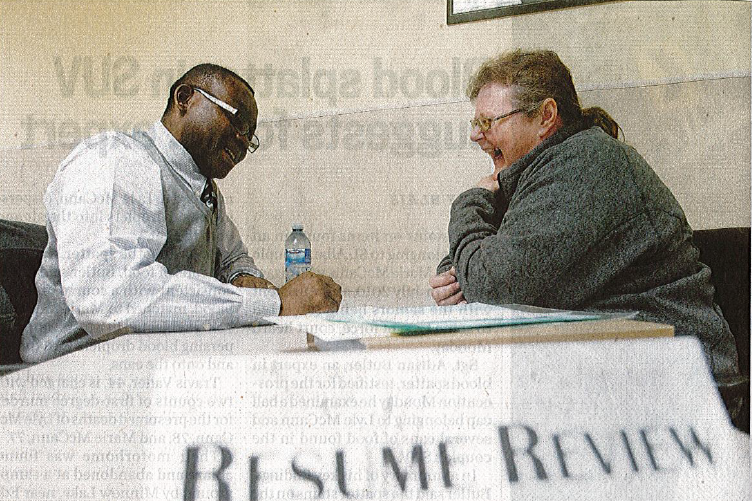 Employment coach Peter Ekekhor, left, gives job seeker Karen Chick some advice about sprucing up her resume during a Job Search Book Camp at the Alberta Works office on Monday.

The Alberta government is hoping a week of free career services will help get more Albertans into the workforce during a rough economic year.

Alberta Works, in partnership with BGS Career & Corporate development, is hosting Alberta Works Week – a series of workshops for job seekers across the province, starting with the kickoff event on Monday in Edmonton called Resume, Set, Go!

The resume reviewing boot camp is one of more than 60 free events taking place until April 29 in more than 30 communities.

Kent McLeod, Alberta Works manager, said the workshops are about more than resume tweaking. “There are a lot of employers struggling to find people right now, but people don’t know that because they hear about the layoffs,” he said. “So we’re trying to point them in that direction as well.”

“The government is very interested to partnering with community partners…so that everybody knows that during Alberta Works week and beyond, there are tools and resources to help you find new employment,” said Labour Minister Christina Gray. “Unemployment is going up at the moment so we’re watching the trends on that very carefully.”

The provincial unemployment rate sits just below the national average at 7.1 percent for March, the most recent month for which figures are available.

Anastacio Lacayo is one of the many Albertans hit by the cold economic climate, saying he attened the event hoping to revamp his resume in a bid to end months of job-seeking frustration.

“It’s really, really hard,”he said. “I thought it was my age, but I saw a lot of young people in the same situation.”

But Rahulan Velusamy, a recent business graduate, said he’s confident he’ll find something despite it being harder for young people like him entering the workforce.

“Had I graduated last year…I would have been gobbled up by some employer,” he said. “So things are a bit challenging, but I’m pretty confident I’ll be able to find a job, even though it’s going to take a bit of time.” 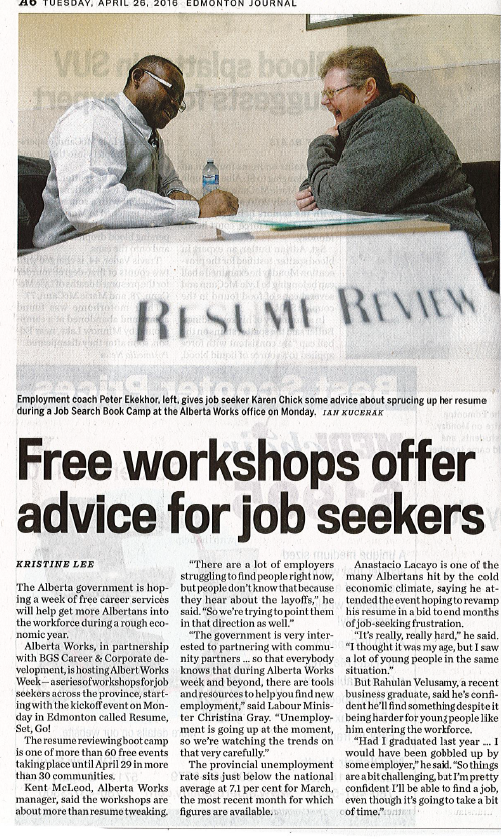