Less than half of Canadians with disabilites have jobs

Less than half of Canadians with disabilites have jobs

Less than half of working-age Canadians with physical and mental disabilities have a job, a significantly lower percentage  than the general population, according to Statistics Canada. 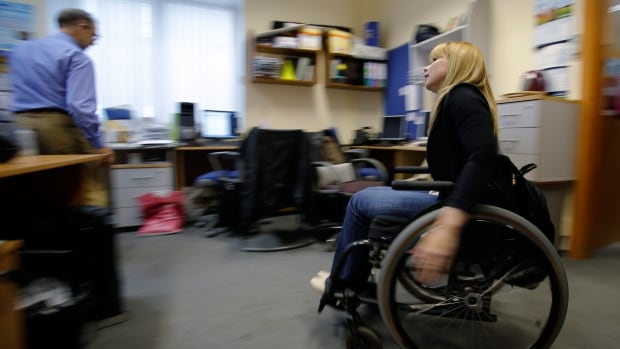 A data agency report released Wednesday coincides with International Day of Persons with Disabilities, a UN sanctioned day to raise awareness. The report covers data from 2011 and indicates 49 per cent of Canadians between ages 25 and 64 who said they have a disability could find employment. That compares with a 79 per cent employment rate among the general working-age population.

“Canadians with disabilities include those with a physical or mental disability related to seeing, hearing, mobility, flexibility, dexterity, pain, learning, development, psychological/mental disorders or memory,” the agency says.