Article from the Toronto Star

The pending legislation would mark the first time Canada has moved to tackle accessibility at the national level, while the United States, the United Kingdom and Australia have had it in place for years. 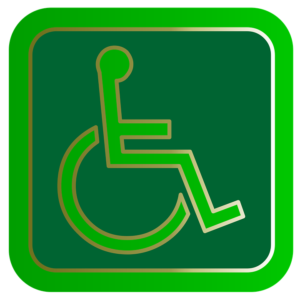 Canadians with disabilities have their sights set on 2018, when the federal government is expected to usher in long-sought legislation designed to increase accessibility nationwide. The governing Liberals have promised to create a bill that would remove barriers in federally regulated sectors such as banking, interprovincial transportation, telecommunications and government-run services such as Canada Post.

But what will the expected legislation look like and what will it accomplish? People close to the process weighed in:

— What is Canada’s current accessibility picture?

The pending federal legislation would mark the first time Canada has moved to tackle accessibility at the national level. Other countries such as the United States, the United Kingdom and Australia have all had federal legislation in place for years or decades. Even most provincial governments have yet to take on the issue. Only Ontario, Manitoba and Nova Scotia have laws in place to address the needs of disabled residents.

— How do accessibility laws work?

They vary widely and have to strike a balance between being specific enough to attain results without being too restrictive for the people and places that have to abide by them. One approach, such as the one used in Ontario, involves developing standards focusing on broad areas such as customer service, built environments or employment. Some experts say Ottawa may go in a similar direction.

Michael Prince, Lansdowne professor of social policy at the University of Victoria, says individuals and businesses need to have enough flexibility to find accessibility solutions that make sense for their environments or clientele.

“We say, ‘here’s the standard, here’s the expected result we want. How you get there is up to you,’” he said of some government approaches.