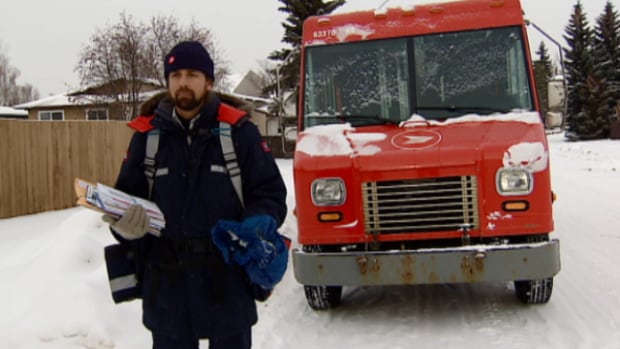 The mother of a disabled child has collected more than 125,000 signatures on an online petition that urges Canada Post to reconsider its decision to phase out urban door-to-door deliveries.

Susan Dixon, a Cambridge, Ont., resident and mother of two, started the petition on Dec. 15 because her younger son, Matthew, has cerebral palsy, and uses a walker and wheelchair to get around.

“Matthew is going to have double hip surgery in two weeks which is going to make it harder than it is now because he won’t be able to walk, stand, crawl or nothing,” she told CBC’s The Morning Edition host Craig Norris on Wednesday.

Dixon’s petition, which is posted on change.org, draws attention to anyone in Canada with limited mobility, such as the elderly or disabled, and the possibly dangerous effects that the dramatic changes to Canada Post operations could have on their lives.

“It’s not just Matthew; it’s the elderly or anyone with mobility issues, whether it’s winter or summer, because winter has the snow and the ice and summer has the hot temperatures that elderly people normally can’t handle very well.”

“That’s a big injustice to a lot of people.”

Canada Post spokesman Jon Hamilton says the agency knows it needs to be sensitive and understanding in its approach to changes, but says it needs to find innovative ways to remain self-sufficient and will not amend its plans.

However, Dixon says self-sufficiency comes at high cost, pointing out the changes would mean layoffs for thousands of postal workers.

“To me, 8,000 employees, which are all postal carriers, not the top management, that’s not right. They increased the stamp price and decreased the service,” she said.

Dixon’s petition continues to grow and she will continue to collect signatures “as long as it takes,” as the document begins to get international attention with signatures from Argentina, Scotland and the United States.

As for when her petition will be presented to the federal government, Dixon wouldn’t give a firm date, but she says she’ll be presenting the petition to Minister of Transport Lisa Raitt, the minister responsible for Canada’s national mail service.